Nanyumbu district Council which is hardly a decade old since its inception, is one out of nine Districts in Mtwara  region. The District was established under Local Government Act and officially announced on 29th July 2005 by the former president of United Republic of Tanzania Benjamin William Mkapa. The operation of the District council started in July 2007.  Mangaka is the District Head quarter and it is located about 54 kilometers from Masasi Town along Mtwara – Songea Road.

Nanyumbu District is composed of 4 administrative divisions and one constituency namely Nanyumbu constituency. The District is further sub divided into 17 wards, 93 registered villages and 526 hamlets. The districtis comparatively the largest amongst other nine councils in terms of geographical coverage with a total area of 5,071.5 sq km. Its physical size is 30 % of the whole region which has a land area of 16,720 sq km. The district is situated between latitudes 360 and 380 East of Greenwich and latitudes 100 and 120 south of Equator. The District shares borders with Nachingwea District to the North, Masasi District to the East, Tunduru District to the west and the Democratic Republic of Mozambique to the south.

Distribution of land area in Nanyumbu district shows that Nakopi division occupies the largest portion of the land area (1665.7sq.km). Nanyumbu Division comes second with a total area coverage of (1628 sq. km) and Mangaka (1040.4sq. km) whereas Maratani Division has a total area of (737.4 sq.km)

Nanyumbu District is predominantly inhabited by indigenous Makua, Yao, Tambwe ethnic groups. However, there others tribes which form significant minorities including, Ngoni, Makonde. All of these ethnic groups speak their native languages along with Swahili language. Most of the residents are engaged in small scale peasantry for the subsistence and artisanal fishing in Ruvuma River.

Nanyumbu District experiences prevailing winds which are critical determinant factors for change of climate in the district.  During the period between months of December and April, the dominant moisture laden winds move from North - East towards South West and bring a hot humid precipitation season to the district.  During months of May to November when the winds blow from South - East the district becomes dry, cooler and less humid. The rainy season which start from December to April is single peaked.  The peak is usually reached in January, but occasionally in March or  April.  The total amount of annual rainfall tends to vary with altitude. The average annual rainfall of the district  is 832 mm. However, there are wide variations in rainfall from year to year, which is sometimes evidenced by the low rainfall and consequent dry spells or irregular rainfalls which has affected the district in terms of crop production in the recent past. The District average temperature is 25 0C while the highest temperature is 320 C and the lowest Temperature is 22 0C.

Nanyumbu district has experienced a substantial population growth in the last decade whereby the district had 150,857 people in 2012 compared to (131,612) inhabitants counted in the 2002 Population Census, resulting in a total increase of (19,245) people which accounts for 12.76 percent growth during the inter-censual period. The district accounts for 14.6 percent of the total population of Mtwara region. When compared with other districts in Mtwara region, the 2012 population census shows that Nanyumbu is the third district in population growth after Mtwara Urban and Mtwara Municipal Council in Mtwara region. 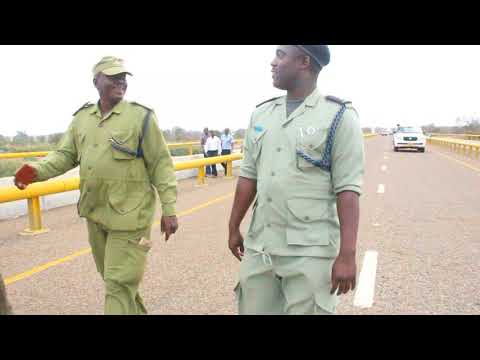